You know actress Joy Brunson from portraying characters on your favorite TV series ‘This Is Us’, ‘Snowfall' and ‘The Rookie’. But did you also know she’s an avid golfer and volunteers her time to help young minority girls gain access to the game? In 2011, Joy founded the non-profit, Tee 2 Tea, to mentor young minority girls ages 8-18 through the game of golf.

In this blog post, she shares her mission for inspiring young Black girls to play golf, and how you can, too.

Since the Ladies Professional Golf Association began in 1950, only eight Black women have held full-time membership on the LPGA Tour. That number is upsettingly low in comparison to the more than 500 women who have been LPGA Tour members.

This lack of diversity might lead you to think that Black women just aren’t interested in the sport of golf. That assumption, of course, would be incorrect.

The more dangerous thought is that these uninspiring statistics might lead young Black girls to believe there isn’t a place for them in the sport at all.

As golf enthusiasts, we know that we are at our best when our sport represents all.

So, how can we help to create more room for those who lack the access and privilege to play? 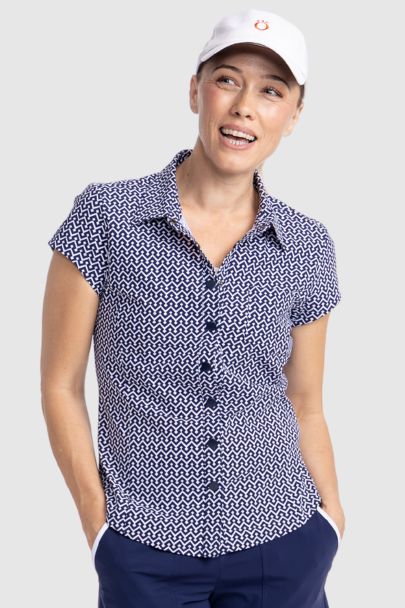 As a Black woman who was raised playing golf in the southern heat of Houston, Texas, I know all too well the realities of being one of the “onlys” on the course. I was first introduced to the game by my father who, after playing semi-professional baseball, took to golf like a duck to water. It became his favorite thing to do, and being the daddy’s girl that I am, it quickly became my favorite thing to do, too.

I loved going to the range with him after school. I’d watch him as he would drive the ball picker and collect golf balls for the range owner. It wasn’t until I was much older that I realized he was doing this so that I could play for free.

What I didn’t realize then, which I am very aware of now, is just how financially inaccessible the game of golf is for most.

My desire for racial and gender inclusion is what led me to play collegiate golf at Spelman College, and it’s why I continue to volunteer my time to help young minority girls get access to the game of golf.

When looking for inspiration to bring young Black girls into the sport, it’s important to first look at our history. Many people may be surprised to learn that the history of Black players in the sport of golf goes back to the late 1800s when soldiers began playing after the civil war despite racial segregation and an overall lack of confidence in the athletic abilities of Black golfers.

Black women have been competing in the game of golf since the mid-1950s. Though they were not compensated like men were, the very presence of Black women on the greens created a guiding vision for those who were destined to follow in their footsteps.

Before Althea Gibson became the first African American woman to join the LPGA, there was Ethel Funches. Funches was a former cafeteria manager who went on to have one of the most successful winning streaks in United Golfers Association’s history. The UGA is an organization created by and for Black golfers because racism and prejudice didn’t allow them to be members at country clubs or compete in any traditionally regulated tournaments.

Ethel was famous for saying, “The men played for money, and the women, for pride.” It’s no surprise then, that when playing against the famous Althea Gibson, Funches’ competitive streak kicked in and helped her emerge victorious.

Stories like Ethel’s and Althea’s help to paint a more colorful and accurate picture of Black women’s history in the game of golf. It is proof that Black women were not only a part of the sport of golf, but were determined enough to create opportunities for others to learn the game as well.

Simply put, they understood the power of their presence.

There are many benefits to golf that can directly impact a young girls’ life. Among them are access to fresh air and team building.

During my time as a volunteer golf teacher for Girls Inc. South LA, I was able to join the young ladies on their annual golf outing. The goal was to take all the skills that we had been practicing on their hot asphalt top playground and apply them to a real golf course.

When we arrived at the golf course, the girls were transfixed by the lush running fairways. The rolling hills of green were to them, a wonderland of nature. Sooner than we realized, the girls were throwing themselves down those hills in delirious laughter.

When I asked one of their teachers if it was ok for them to play this way, she told me that for many of them, this is one of the only times they get to play on so much grass.

That’s when I really understood how golf can be a gift for some kids who are seeking a bigger life. It became my mission to show young girls that this is a game that they can play, too.

Golf isn’t just about winning tournaments. It’s an opportunity to connect with nature and like minded individuals.

So, why is there such a gap of diversity when it comes to the sport of golf?

Well for one, to be successful at golf you have to have the privilege of access. Whether that’s access to clubs, lessons, money to play, or the cultural access to be encouraged to pursue a non-traditional sport.

How then do we as privileged players create environments where young golfers of color are not only invited but welcomed? 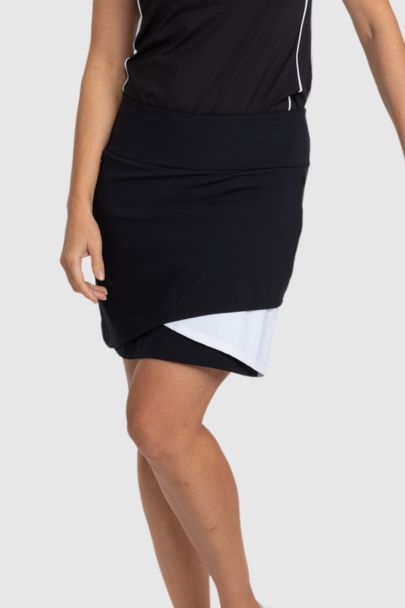 1. My first suggestion is to start right where you are. Reach out to your local golf club and inquire about programs for youth. If they have them, be sure to support them not only financially, but also in choosing who gets to participate in these golf camps.

2. Next, educate yourself! As you’ve read in this blog, it’s important to know the history of a culture’s influence in an area so that you can better understand the context of its needs.

3. Lastly, and this cannot be overstated, seek ways to provide financial access to young girls of color who want to learn. Find a local non-profit that focuses on teaching golf to minority youth.

Black Girls Golf is a great place to start. They provide instruction to both women and girls in the Atlanta area. Other organizations such as Sistas on the Links and Black Jewel Ladies Association focus on sharing the game of golf to all Black women.

When future generations reflect on the golf community both amateur and professional, my hope is that it will include a diverse group of players who reflect the game and the world as it is.

Golf, at its best, can be the great equalizer of our time.